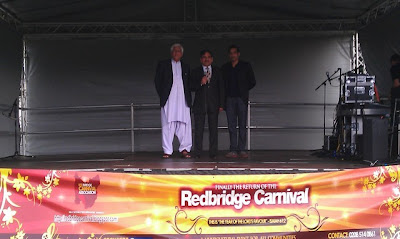 We were pleasantly surprised by an unannounced visit form the Minister for Community and Welfare from the High Commission of Pakistan. 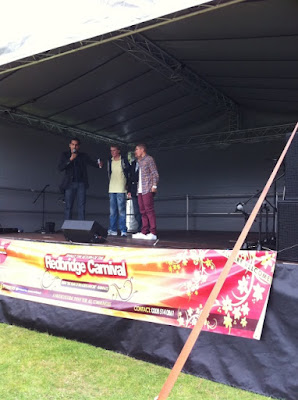 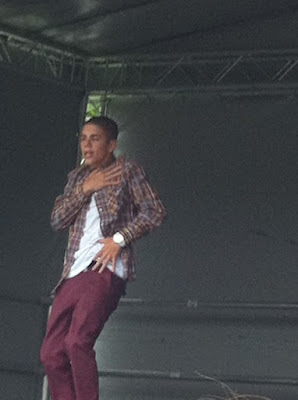 Aidan Davies stole the show at This years Carnival with an immaculate performance. 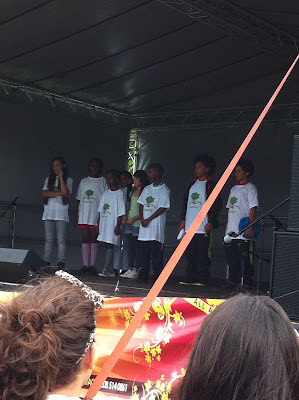 Redbridge Growth showed of their talent and received certificates. 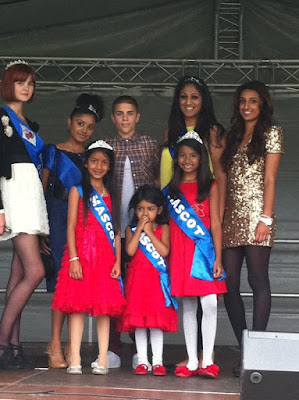 The 2001 Carnival Court brought glamour to our event! 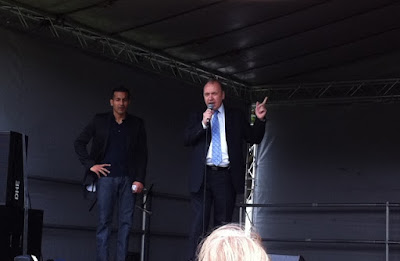 Superintendent John Sweeney spoke of the recent riots and called for better community vigilance, cohesion and engagement with our youth. 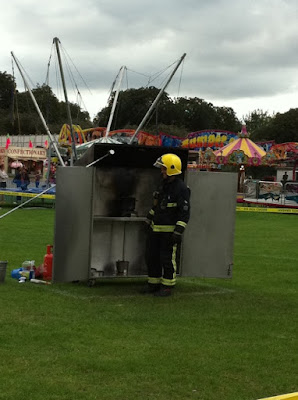 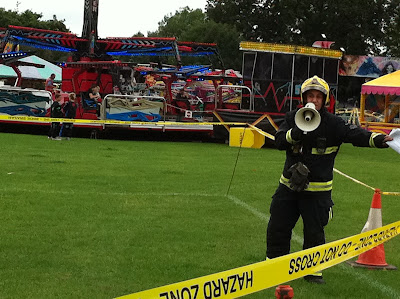 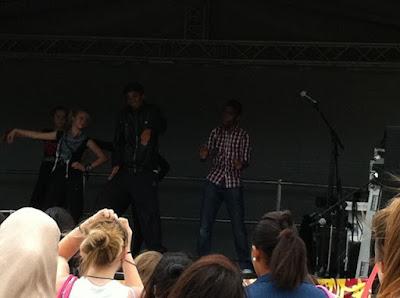 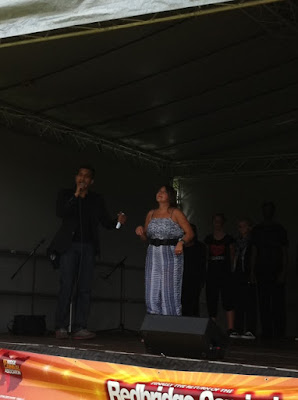 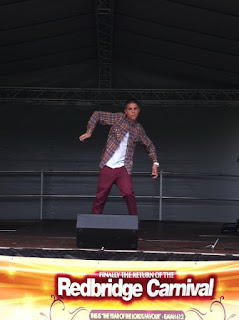 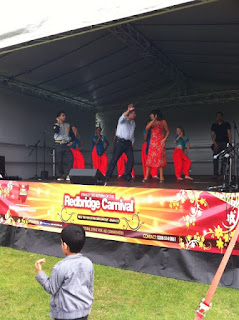 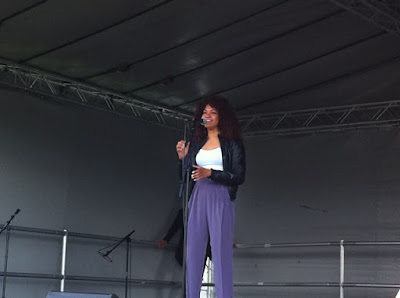 This years carnival was smaller in attendance that last years event due to the Abysmal weather during the weekend and the staging of London Festival and Wanstead Festival on the same day.  However overall the event was still a success and feedback form visitors was extremely positive.
We had our biggest line up ever with over 50 acts spread across the weekend Newcomers included:
Old Favourites included:
There were many other participants.
Aidan Davies stole the show with two elegant street dancing routines.  As a thank you for all the support he received after his performance, he provided visitors with an extra performance later in the day.
A funfair provided by Harry Parrish was a real treat for all visitors, we also had go Kart racing and bungee trampolines.

Superintendent John Sweeney of the London Murder Squad spoke of the need of vigilance against crime collectively.  He urged local people to engage with local youth and to work with them in fashioning a better future for the borough.  He also spoke of the dedication and commitment to protect local people by Redbridge Police and commended them on their sterling work during the recent London riots.  He was definate that their positive attitude and professionalism that kept had limited the impact of the riots locally and kept our borough out of the national media.
Saturday evening was met with a surprise unannounced visit form the Minister of Community Welfare from the High Commission of Pakistan.  He spoke eloquently of the need for all communities to promote cohesion in after the rise of various types of extremism in recent years.  He celebrated the recent anniversary of Pakistan with the wider community of Redbridge, in which a significant Pakistani Community exists.
The Sunday street procession was larger than last year and hundreds stopped in the street to watch the festivities before them.  We hope to achieve more success with this procession next year.
A comforting hush filled the event during a 1 minute silence to the victims of 9/11 at 14:30 on Sunday 11th September.  On the 10th anniversary of the disaster Imam Hafiz Mohammed and Reverend George Hargreaves, spoke of peace and the need for communities to vigilant against extremism.  It was very rewarding for the RCA Committee to see the wide variety of people from different backgrounds coming together to show their respects.  You could have honestly heard a pin drop!  Visitors where asked to hold hands in a show of unity and you could feel a warm coming together of people who were absolute strangers.
The minutes silence was followed by a lament played by Ben the bagpiper after which a huge passionate  roar erupted.
Posted by Administrator at 11:42 No comments: 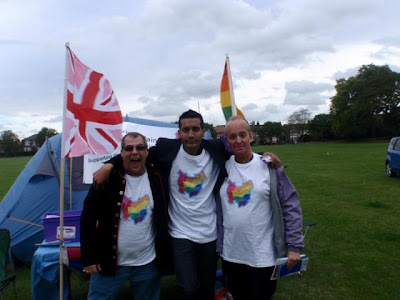 Redbridge Rainbow Community will be joining Redbridge Carnival this year for the first time in recent history. They will be joining the procession and will have a stall on both days the carnival is on. Rick Pataky, Co-Chair of the voluntary group said “We are all very excited about the prospect of joining the carnival this year as it is the first time an openly LGBT group based in Redbridge has done so. We want to stand up and be counted as part of the diverse community that is Redbridge”

The group formed at the beginning of this year believing that many LGB&T people within Redbridge may be very isolated, and often due to fear, are not publicly "Out" to others about their sexuality or gender identity. With the financial backing of London Borough of Redbridge and help and support from the Met police Safer Neighbourhood team, RAMFEL and Redbridge CVS they hope to be as strong as their counterparts in other neighbouring boroughs. Unlike many Inner London Boroughs, Redbridge does not have any obvious Meeting Focal Points where less confident LGBT people can feel free to gather and be open about themselves. The groups aim is to allow the voices of LGBT people living, working, socialising and studying within the borough of Redbridge to find their voice and have a say about their community.

At present the Redbridge Rainbow Community Forum is small in number, but we are most keen to attract lots of people from our community in Redbridge. This is a Forum primarily for Lesbian and Bisexual Women, Gay and Bisexual Men, and Trans-gendered people [LGB&T people for short], Living, Working, Studying and/or socialising within the London Borough of Redbridge. People from organisations within Redbridge, who are supportive of LGBT people and the issues they face, are also encouraged to attend.

We are very keen to advocate for Social Inclusion of LGBT people within the borough; to work with local public services, be it Council Services, Police, Health Services, Beauticians, Dentists, etc, fully taking the needs of LGBT people into account. We are committed to raising Public Awareness of our issues within the borough, working with public authorities to reduce the incidents and harm caused by Homophobic, Biphobic and Transphobic behaviour; and to create focal points where LGBT people can meet and feel comfortable to air their issues.
Posted by Administrator at 16:43 No comments: 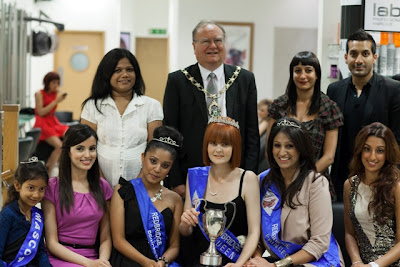 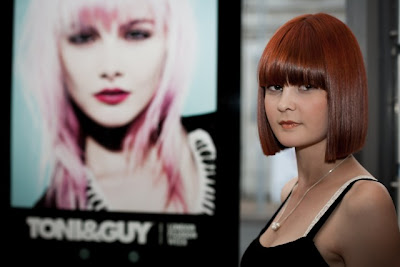 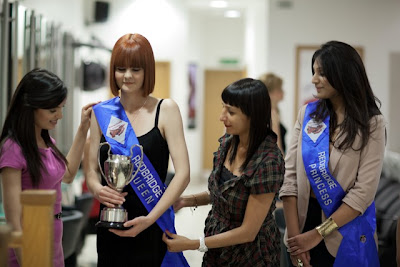 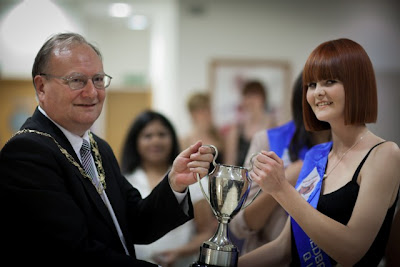 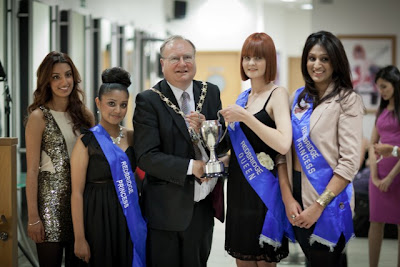 Last Night in one of the tightest competitions ever our Carnival court was selected.  Participants were made to wait for nearly an hour after judges struggled to choose between the high level of applicants.
Criteria assessed included Community involvement, appearance and poise and Hobbies with potential benefit to the role as an ambassador for Redbridge.
Our Mayor of Redbridge, Cllr Cummins, interrupted the trophy presentation ceremony to describe how tight this years competition was.  He emotively described how every candidate was exceptional this year. Their range of community work and immaculate posture and appearance was duly noted.
The Panel op judges included:
Kiran Patti (Chair and Toni and guy Manager) Anthony Mondon Mayor of Redbridge Councillor Cummins Kaijul Pahl 2009/2010 Redbridge Carnival Queen.
Toni and Guy staff spent hours on the make and modern hairstyling techniques that made the occasion one with significant glamour.  Training was also provided on cat walk walking and how to address visitors when speaking publicly.
The Selected court
Julia Gold (1st Place Carnival Queen 2011
Natashai Ragavan (2nd Place Carnival Princess)Sits on Redbridge Youth Council and is an Olympic Ambassador!
Neelum            (3rd Place Carnival Princess)
Sashi Patti (4th Place Carnival Deputy)
Wilson Chowdhry Chairman of Carnival said:
"This years competition was a closely won challenge, the amount of community work these girls are involved in is remarkable and a real benefit to our borough and Carnival itself.  We hope the annual post held by these girls will be a beneficial experience and an opportunity to learn new competencies that they will be able to transfer to their future work and societal roles.  Our thanks to Toni and Guy staff for arranging an awesome evening."
Posted by Administrator at 12:36 No comments:

Carnival returns with a real humdinger! 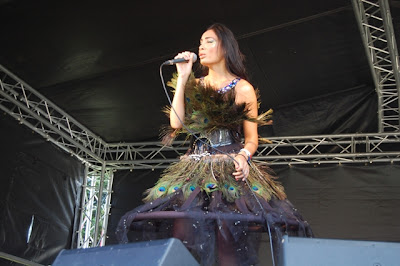 This years Redbridge Carnival is set to be a real humdinger!  Our Executive Committee has grown significantly and we have secured funding that will go towards some great additions for you this year.


Our main acts for this year include:


Aiden Davies a Street dancer of great acclaim who made the final of Britain's Got Talent 2009.
Honey Kalaria - Britain's Bollywood Supremo
Shin Cobra a mature and renowned  Punjabi singer (who has used recordings of Wilson our chairman in his new track)


We will also be providing:


All day long a free creative workshop will be provided by Whale of a time.  Who will use clay modelling to teach children and young people about nature and our ecosphere.
This years procession will start at Ilford Town Centre at 12:00 on Sunday 11th September 2011.  The route for the procession will be the same as last year.  Walkers start in the town centre and will travel along the High  Road to the Former Seven Kings Swimming Baths Car Park, From here a 10 minute break will ensue and a mixed float and foot procession will leave travel back along the High Road, onto Winston Way and then travel back in the Town Centre, along Clements Road following the bus route right at the top onto Cranbrook Road.  Eventually they will turn right at Coventry Road and terminate at Valentines Park.
A one minute silence will be held around 14:30, for all the victims of the 9/11 incident and their families on the incident's 10th Anniversary.
Posted by Administrator at 07:59 No comments:


We are the Redbridge Carnival Team headed up by Cecelia Ngeze